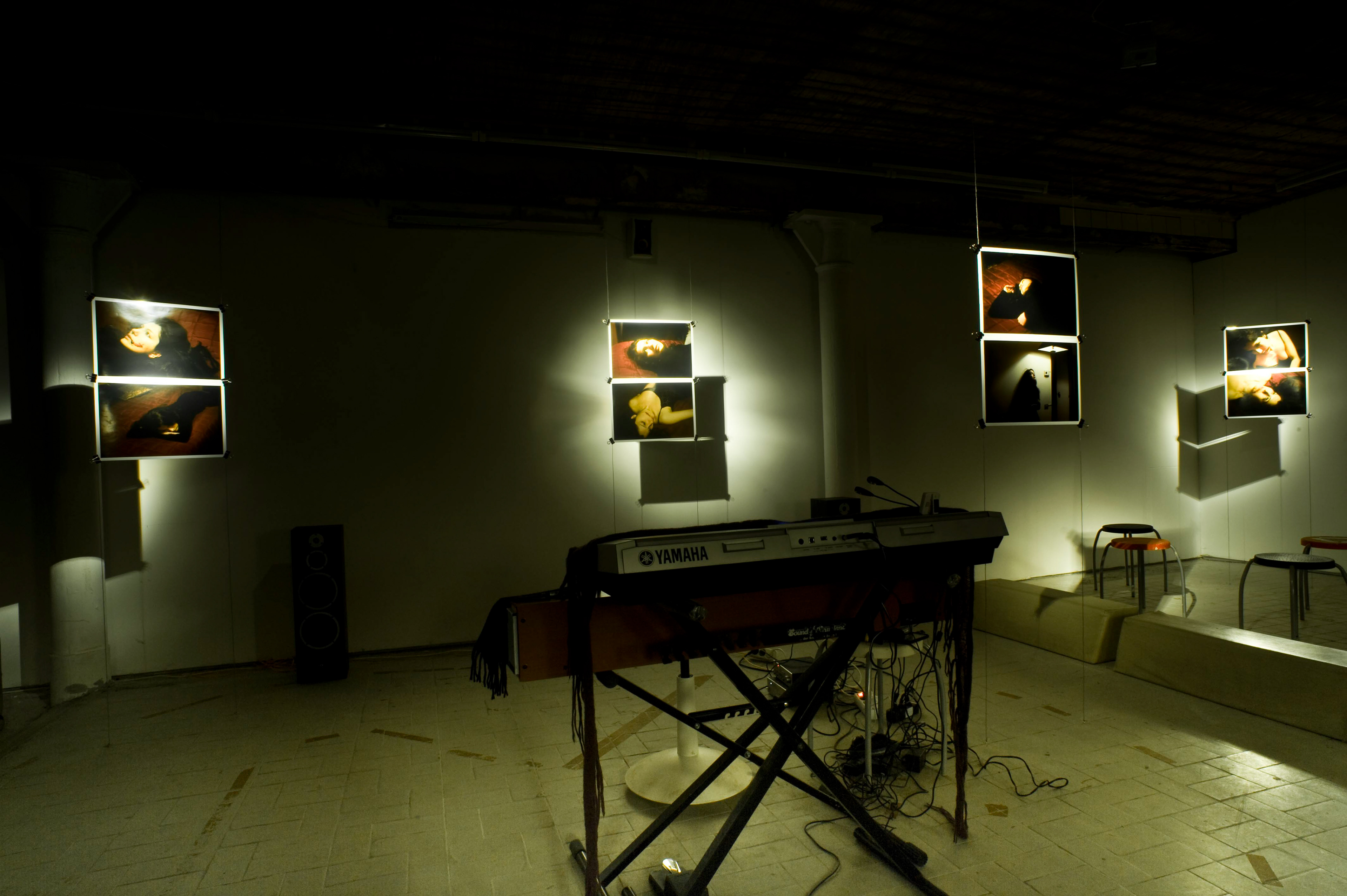 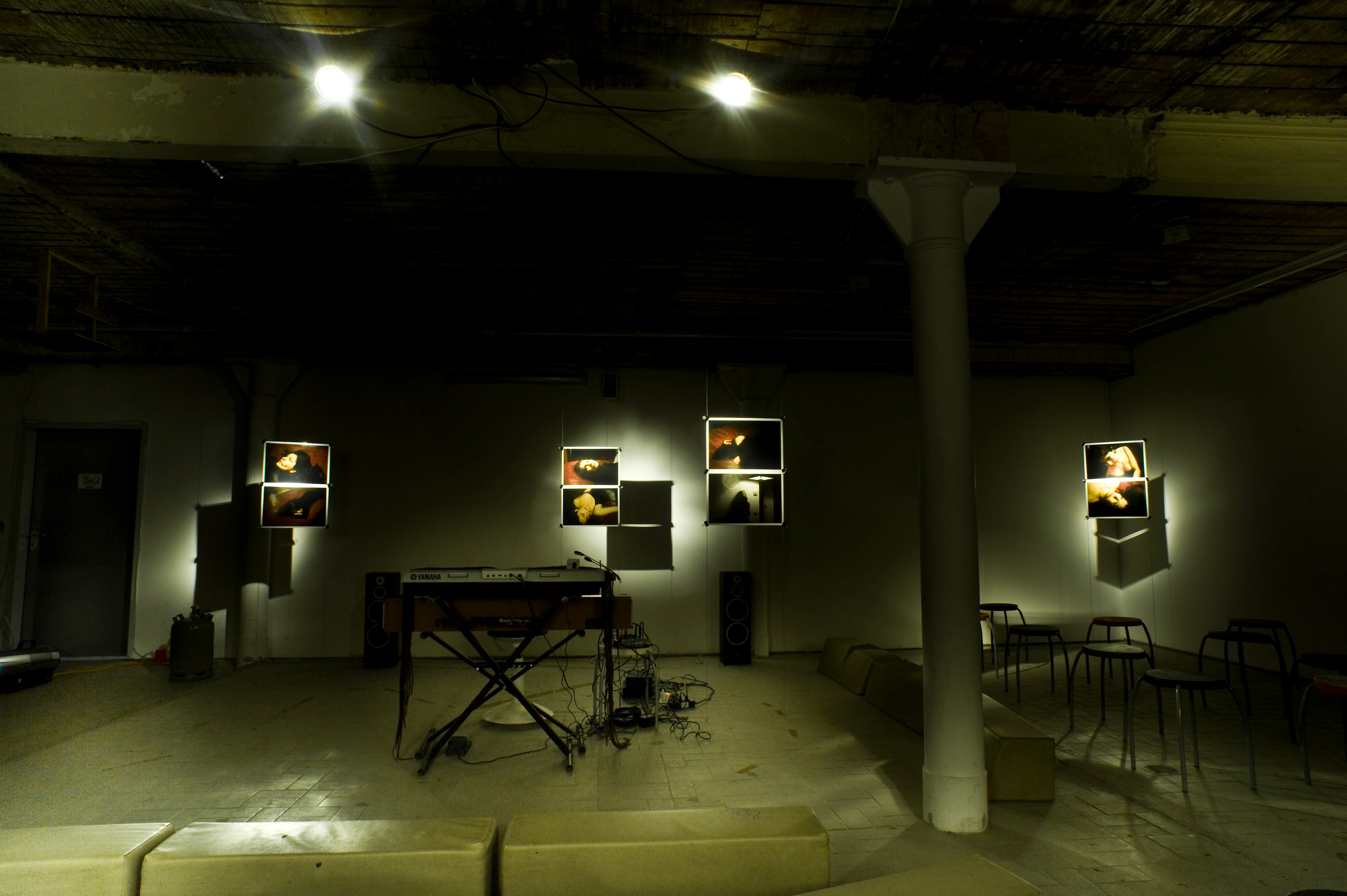 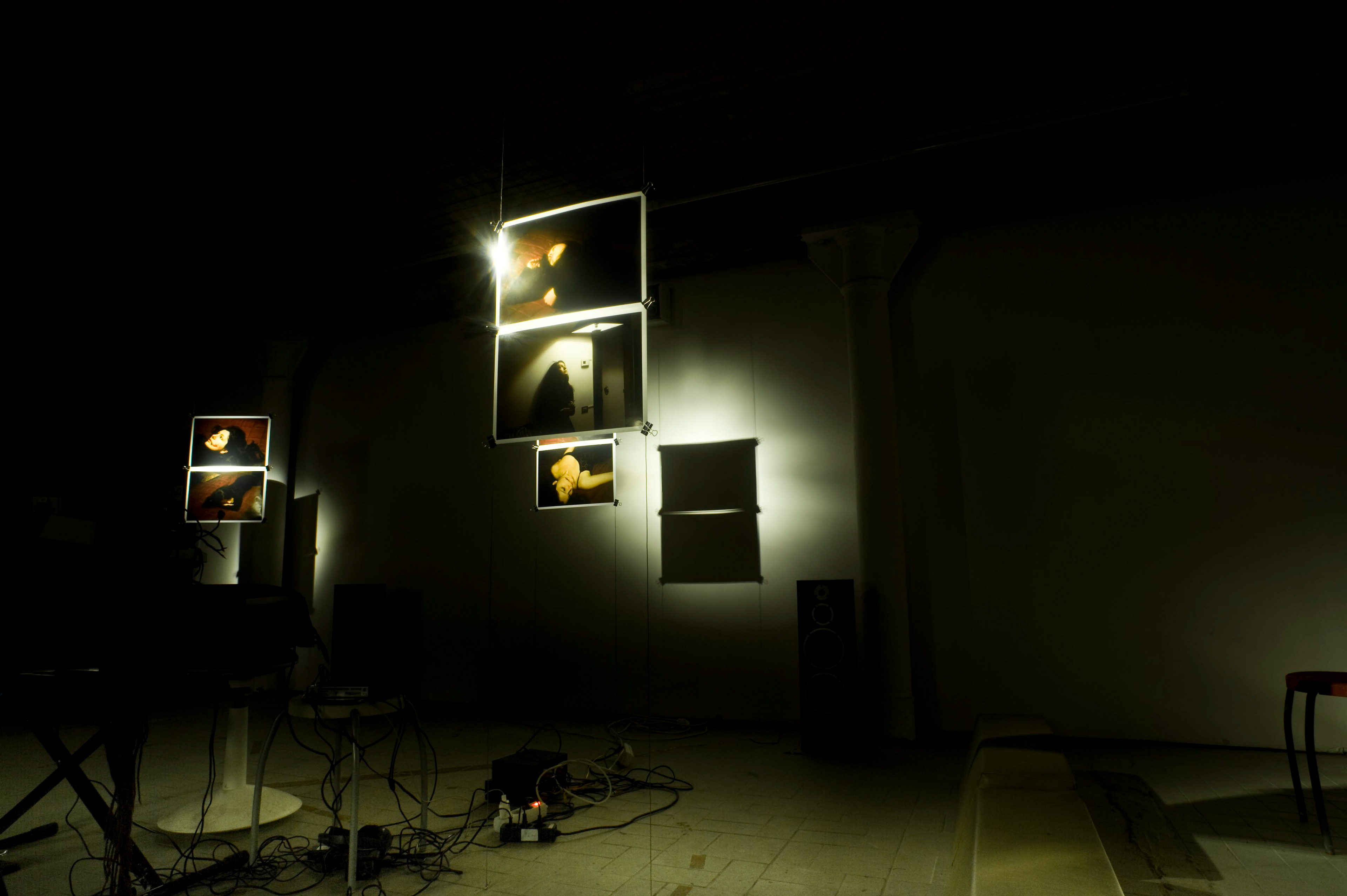 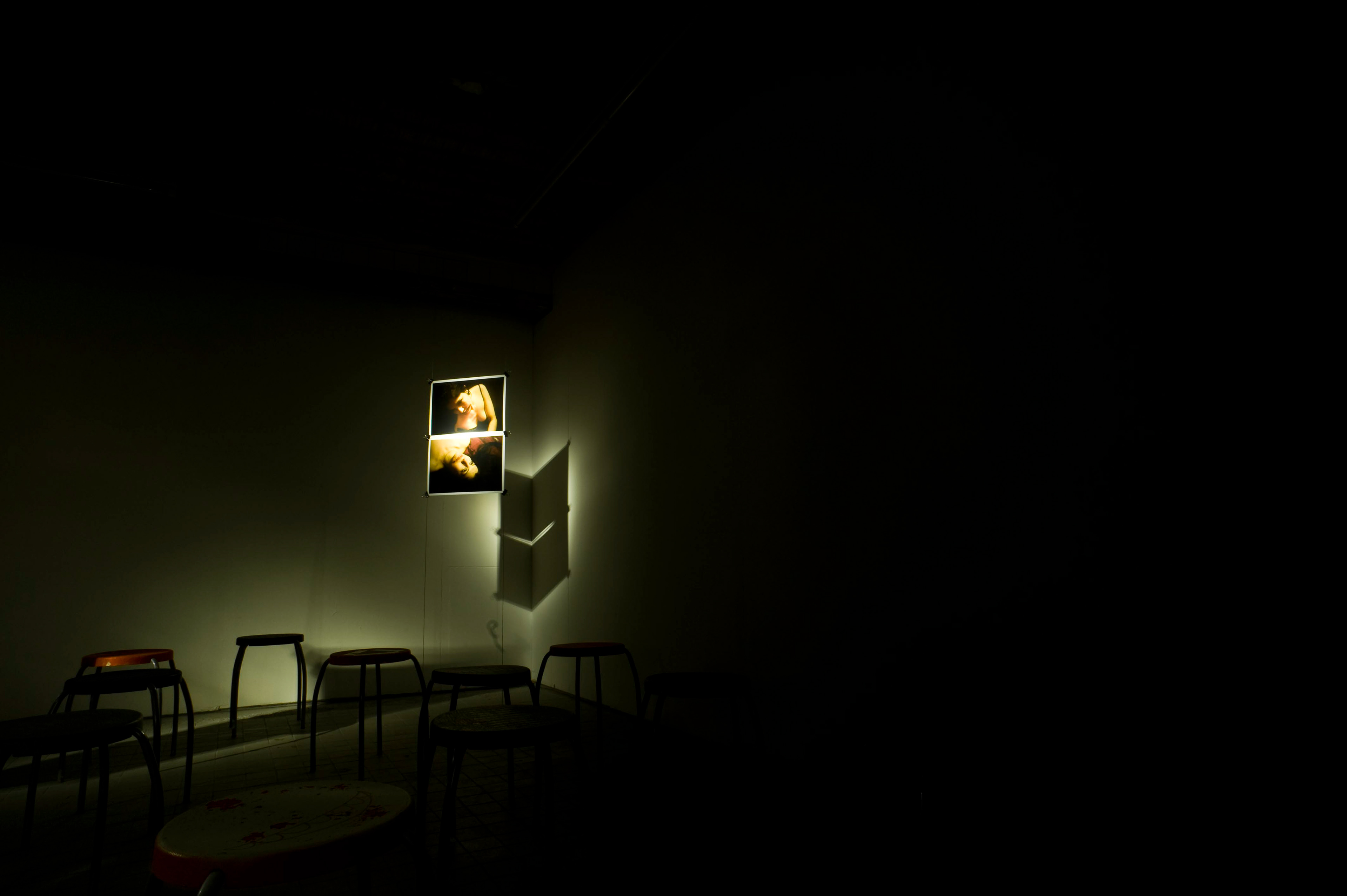 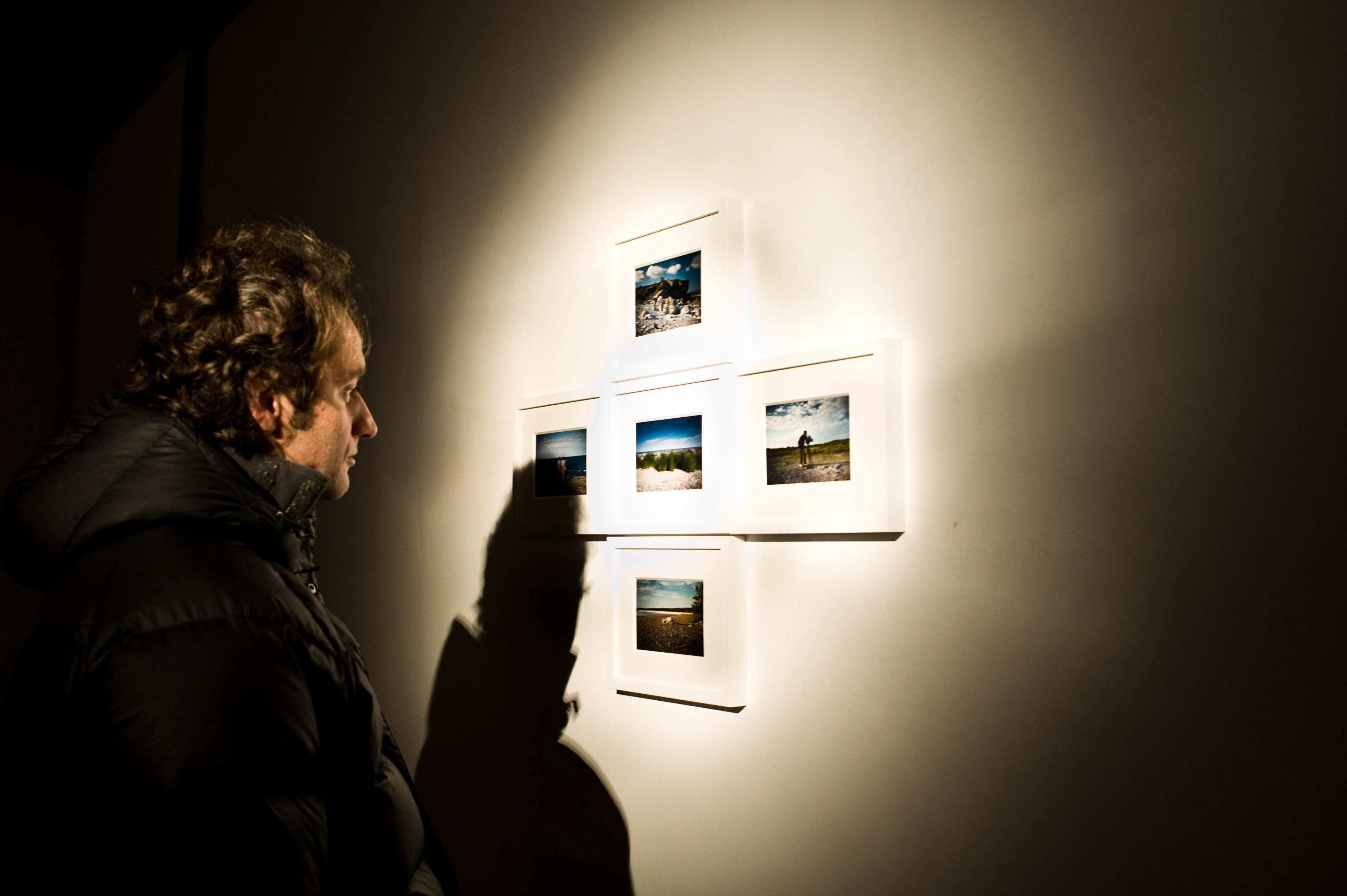 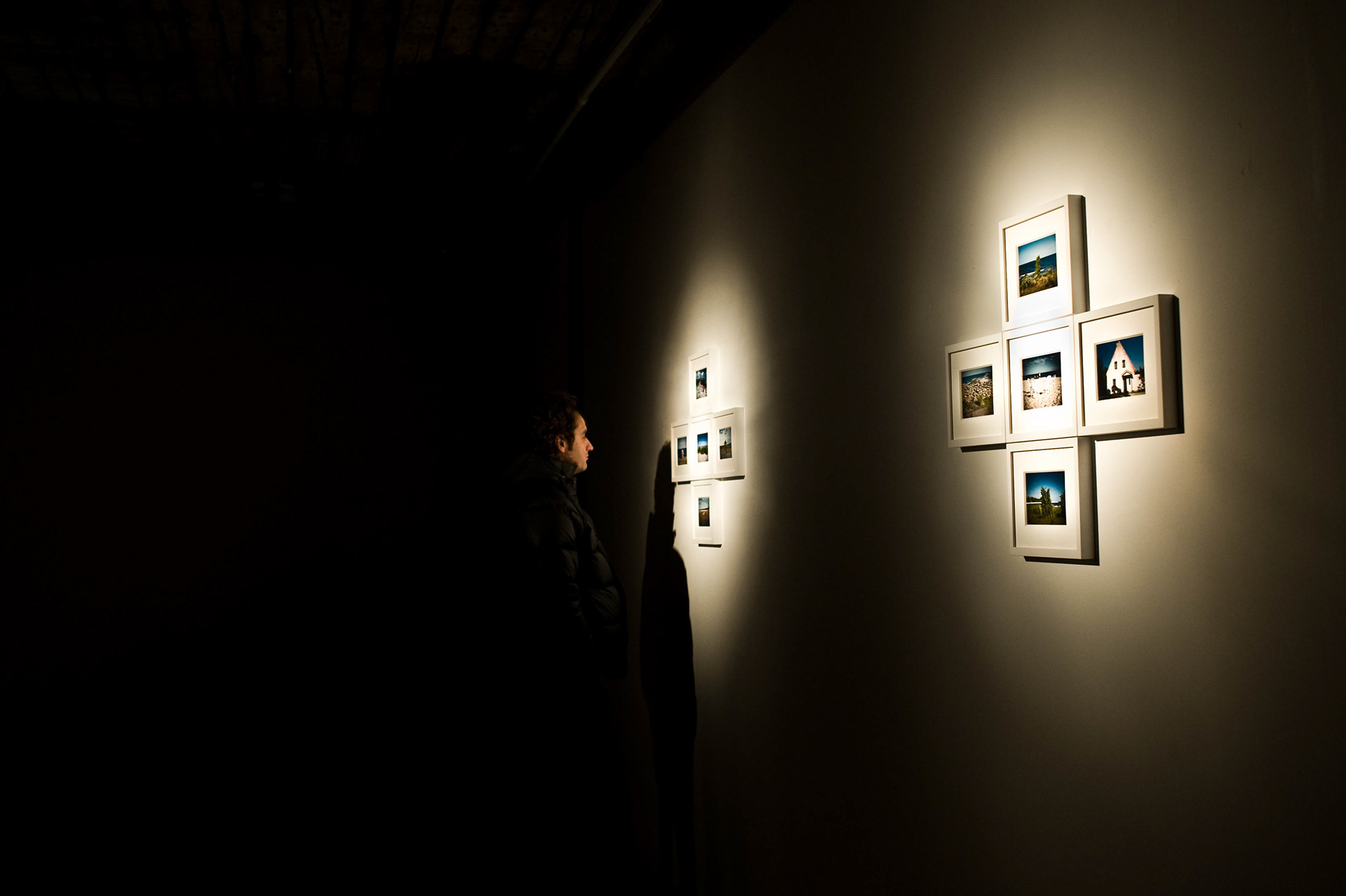 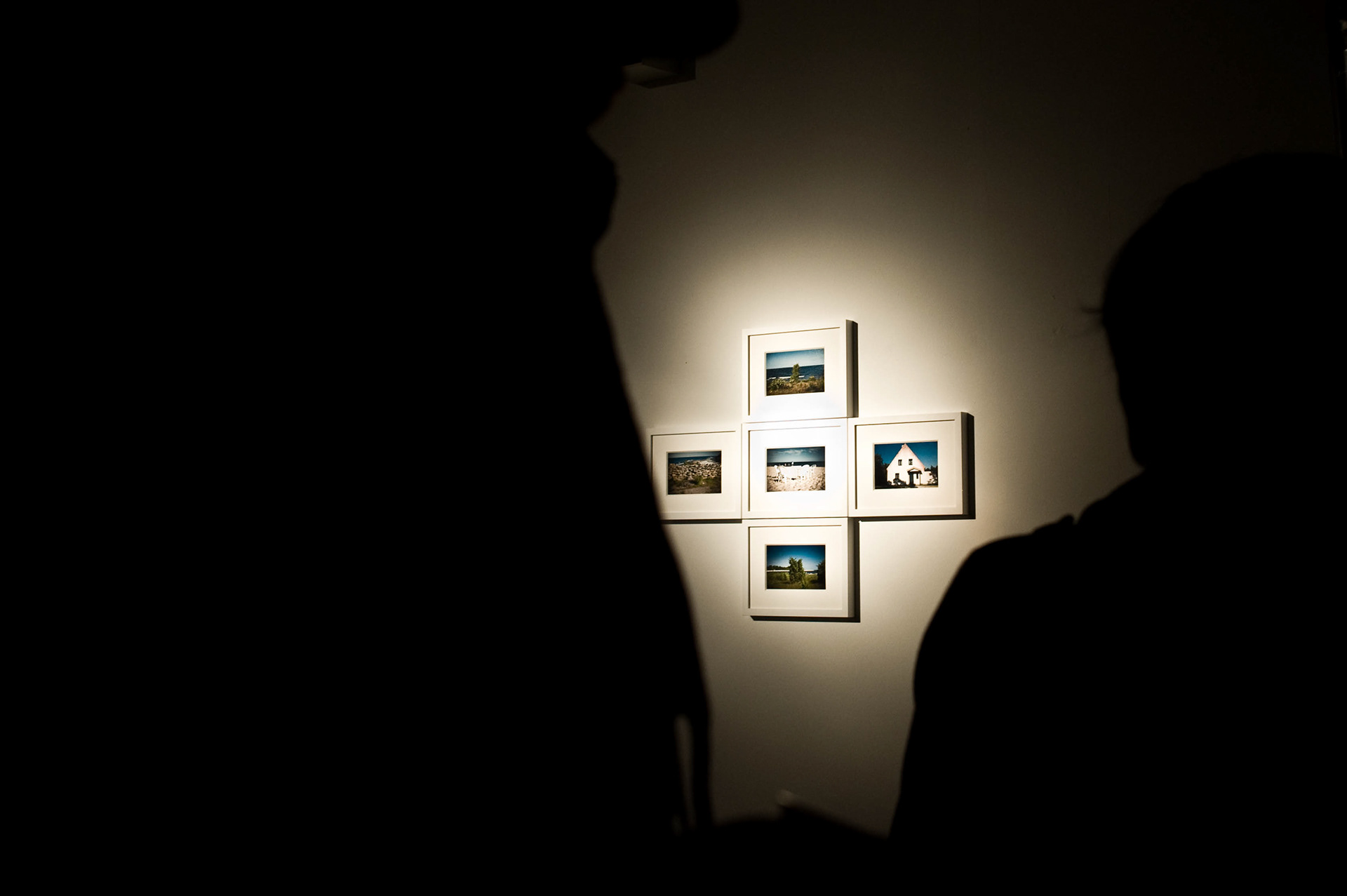 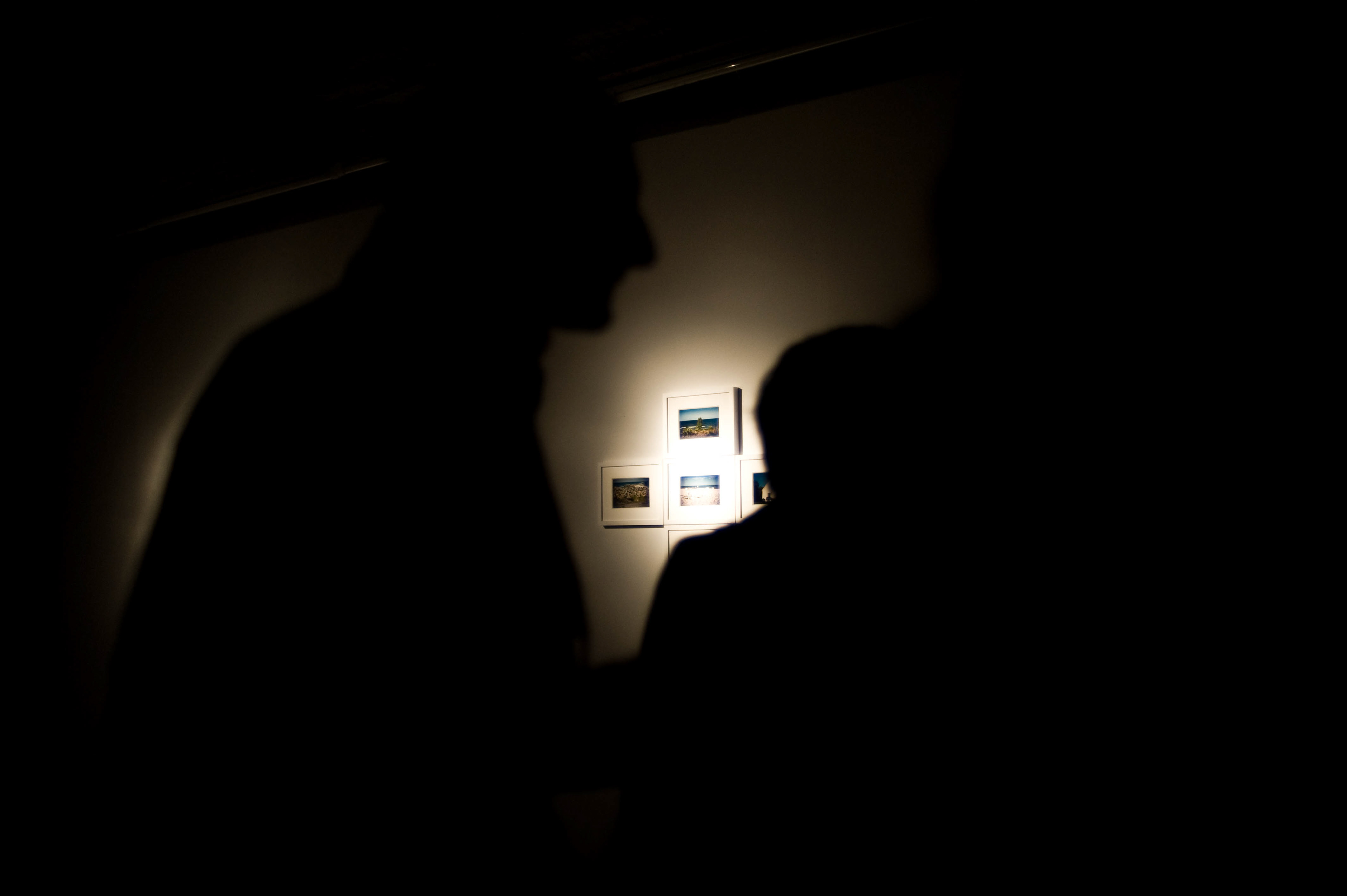 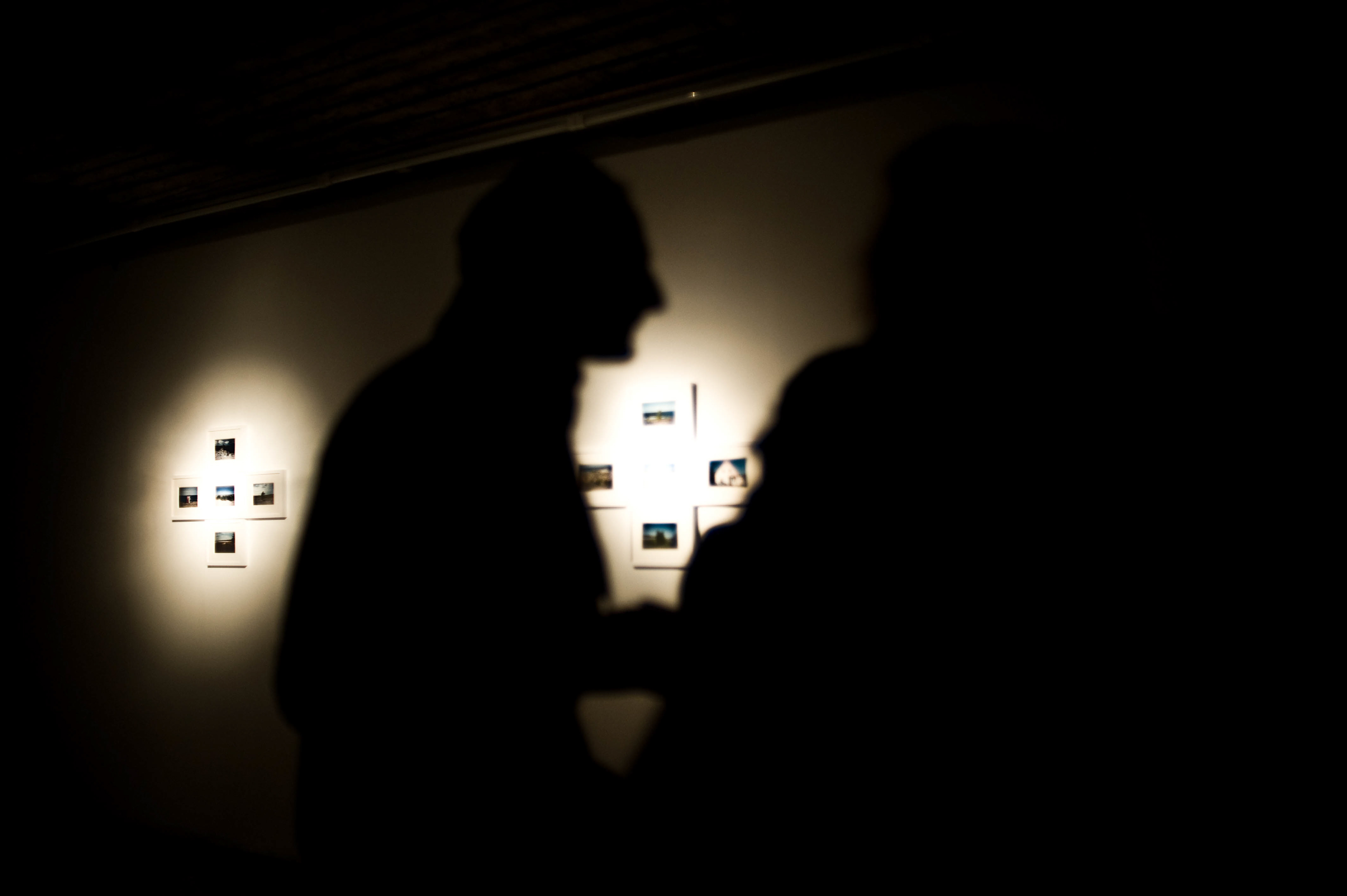 A woman who suffers from a self-defeating personality disorder,  lost in her chronic incabability to communicate, stages her own death. An image that rouses disturbance, a moment's tension and a seized, withheld and intense emotion that releases itself in the most radical and disturbing solution.
A woman who has no shame when lying in her last moments and points her finger at the limit of sensorial perception as the only way to understand others.
A woman who has reached a point of no return, animated by her feelings of uneasiness and ready to redefine herself in the  perpetuity of change.
In the space offered by ten pictures, decontextualised from logic and rational reality and to purposedly flat lights, Lorenzo Giordano portrays a sensual, desperate and conscious woman.
The wounds of an individual story become, in the hands of the photographer, a unique narrative tool to tell the story of humanity in the labirynth of the difficulties of the soul.
This sequence, with its harrowing and silent cries, opens a path through the darkest areas of the human psyche and heart, in its hermetic silences until it reaches the denial of any possible solution and the announced disaster of those who consider rejection as a solution to conflict.
Fårö landscape
photos by Lorenzo Giordano – text by Margherita Garrone
"I stumbled into this Fårö landscape, with its absence of colours, its hardness and its incredibly refined, exact proportions. One almost has the impression to enter an outer space, in which people, animals, plants are but tiny, insignificant elements. I have no idea how it happened, but here I was able to put down roots, and now I think my life has roots again".
(Ingmar Bergman to Jörn Donner in the interview entitled "Through a Glass Darkly").
At the beginning of the '60 Ingmar Bergman, after having visited the Orkney Islands in the fruitless attempt to find a location for his new film, he travelled to the Baltic Sea recommended by a friend, and finally found his island.
The Faroe Islands had that ideal landscape that inspired the so called Trilogy of God: Through a Glass Darkly, that won the 1962 Academy Award for Best Foreign Language Film and the OCIC prize at the Berlin Festival, Winter Light, received awards in Berlin and Vienna, The Silence, that was censured in Italy due to images ragarded as being too scandlous at the time.
A few years later he starts working at Persona, the first film of the Four Series of The Faroe Islands, followed by Hour of the Wolf, Shame and Passion. This intense creative phase culminates in his departure from the island, that in the meantime had become his own Cinecittà.
The great film maker also dedicated two documentaries on Faroe, shot ten years one from the other, Fårödokument 1969 and Fårödokument 1979, which describe the harsh living conditions of the inhabitants of the little island seemingly forgotten by its native land.
Ingmar Bergman decided to live he rest of his life on the island which he left for very short periods of time and where he eventually died in July 2007.
Contrary to the desire of the director himself and the Bergman Foundation that wanted to keep the property intact and use it as a study centre, the numerous heirs, agreeing to disperse the inheritence of the father, auctioned the residence in Faroe in the summer of 2009.
The latest news of the Swedish press brings hope to the 571 inhabitants of the island, together with the world of culture and innternational cinema; a Norwegian millionaire has apparently bought the property with the intention of bringing to completion the director's project.
Bergman created on the island his dream: a thirty seat cinema theatre where he went every afternoon to see a film. More than a house, his property is made up of four separate buildings designed by the architect Kjell Abrasom, of which all four rooms have been revealed to the pubblic in films and documentaries.
We know his island and his rooms or, better, we think we know them. In reality, they have been seen through the eyes of Ingmar Bergman, barely evoked in Persona or described in the raw realism in Fårödokument.
Lorenzo Giordano gives his personal tribute to the great director, offering a new insight into the island that represented a crucial part of Ingmar Bergman's life; avoiding an excees of detail, he decides to give us, through a deeper and newer research into the island, a glimpse of Faroe in its brilliant immediacy and its abstract colour usage.
This tribute is felt as a necessity by the photographer due to the great influence that Bergman's work has had when chosing the main themes of the A matter of the soul project.
MORE